Roberto and the Perfect Pizza

The story of Roberto and the Perfect Pizza originated in the vineyards of northern Tuscany. For some years my son Giulio and I inhabited an old ‘casa colonica’ on a dead end country road in the vineyards with a cat named Monella and a little brown rabbit named Roberto. This is where our story begins.

The story of Roberto is a grand extension of my imagination. Although small, the little figure of Roberto became the center of our home life, taking walks with us on the lonely strip of road winding it’s way down to the bottom of the hill, and in the evenings lounging in the kitchen with us, occasionally occupying himself with scenes on the TV and cuddling on the couch.

One day, years later in the USA, and reminiscing over our beloved rabbit, I asked myself what if Roberto would take a trip, what if he had an adventure?

And there began the story of a courageous and very curious Roberto rabbit going on a trip outside of his comfortable life in search of perfection in the form of a recipe for pizza, long lost in the annals of rabbit history, or so he believed.  Leaving home for the first time his search takes him far and wide with many an interesting encounter until he realizes an eternal truth.

To tell more would spoil the story. So please read Roberto and the Perfect Pizza to find out what happens!

Buy ‘Roberto and the Perfect Pizza’ on Amazon.com.

He met an elephant as old as the hills.
Illustration from ‘Roberto and The Perfect Pizza’

He was navigating the big world.
Illustration from ‘Roberto and The Perfect Pizza’

In his travels, Roberto encountered an ostrich.
Illustration from ‘Roberto and The Perfect Pizza’

In Roberto’s travels, he came upon an outdoor party hosted by a human
oil on canvas 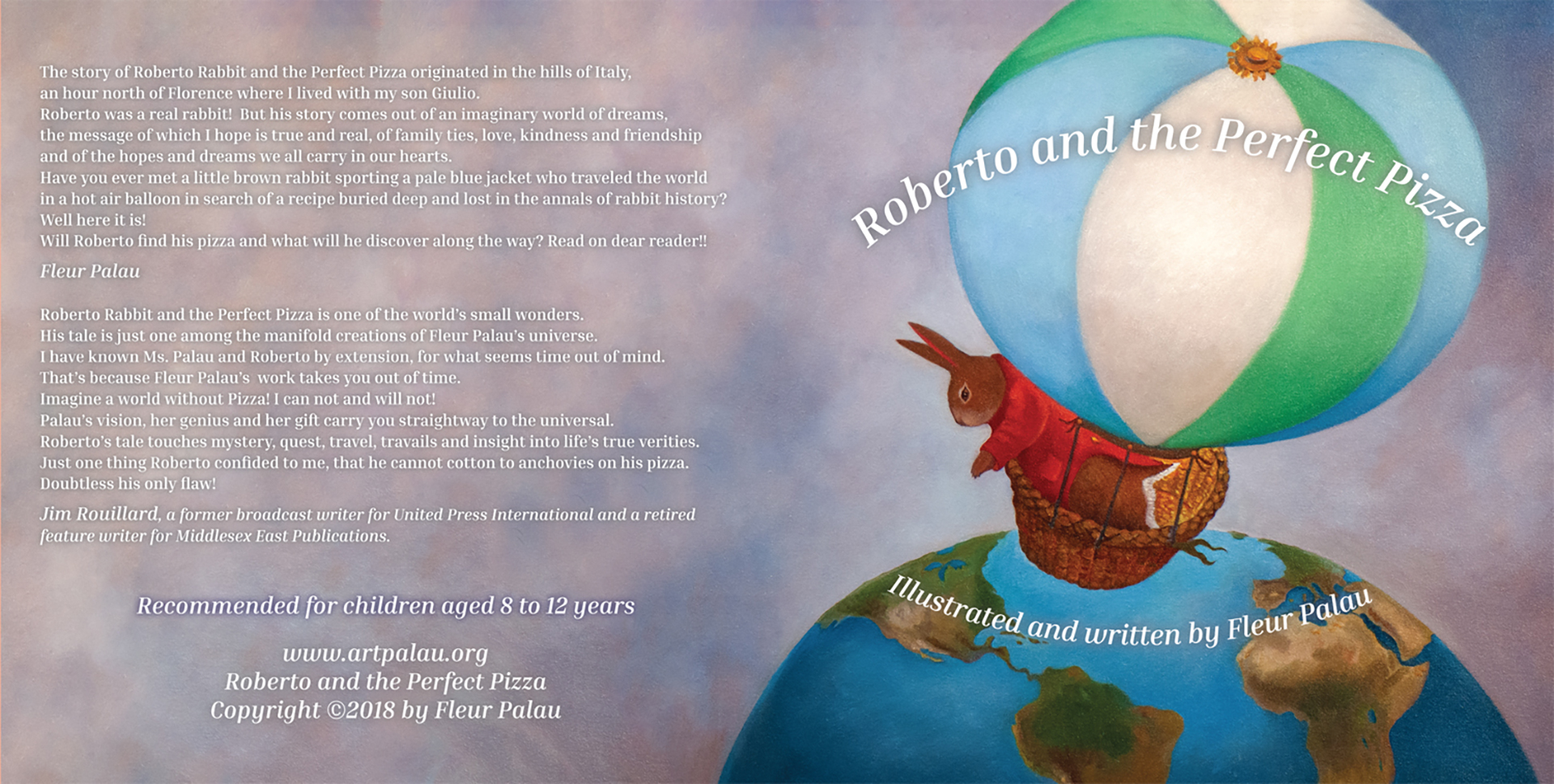 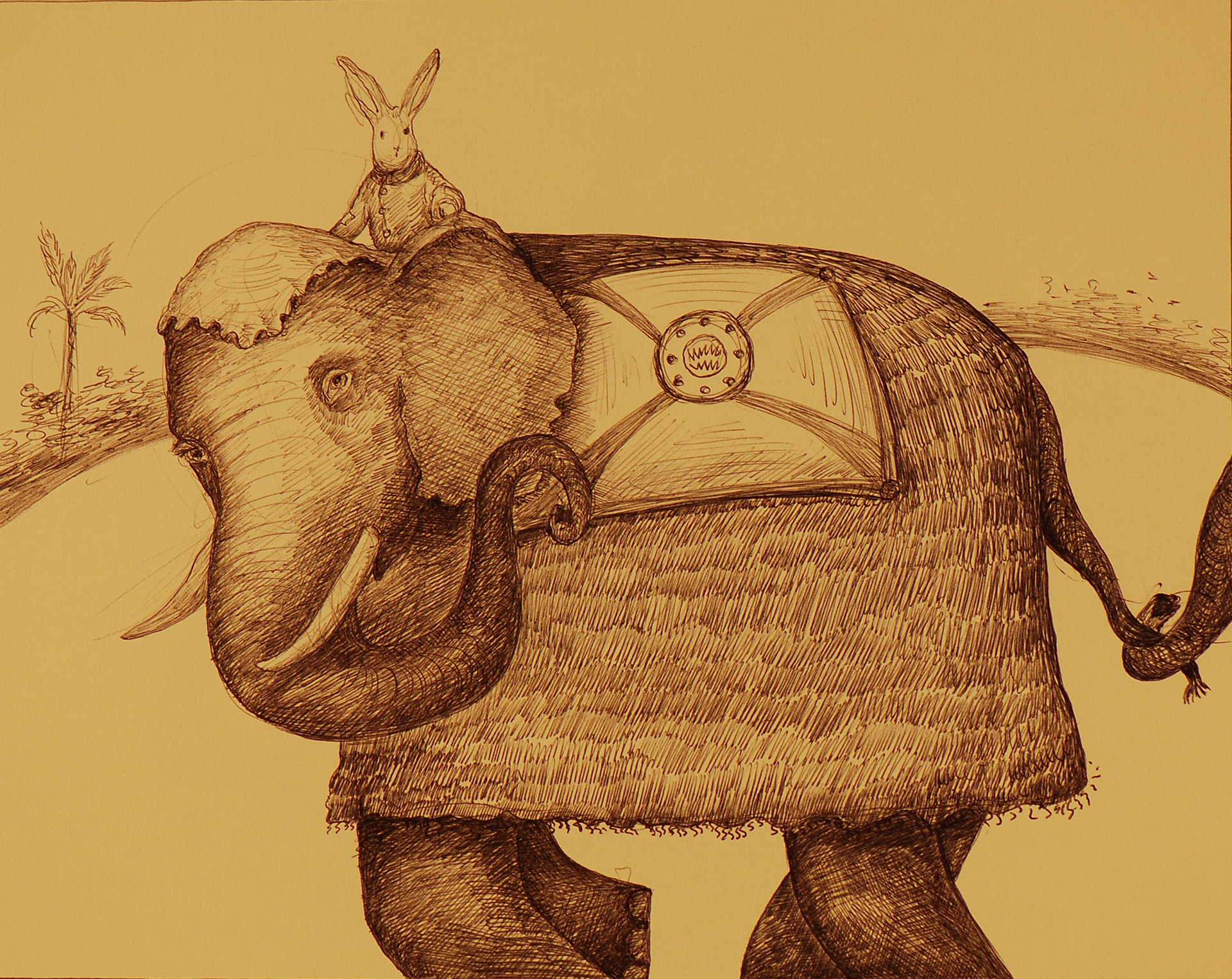 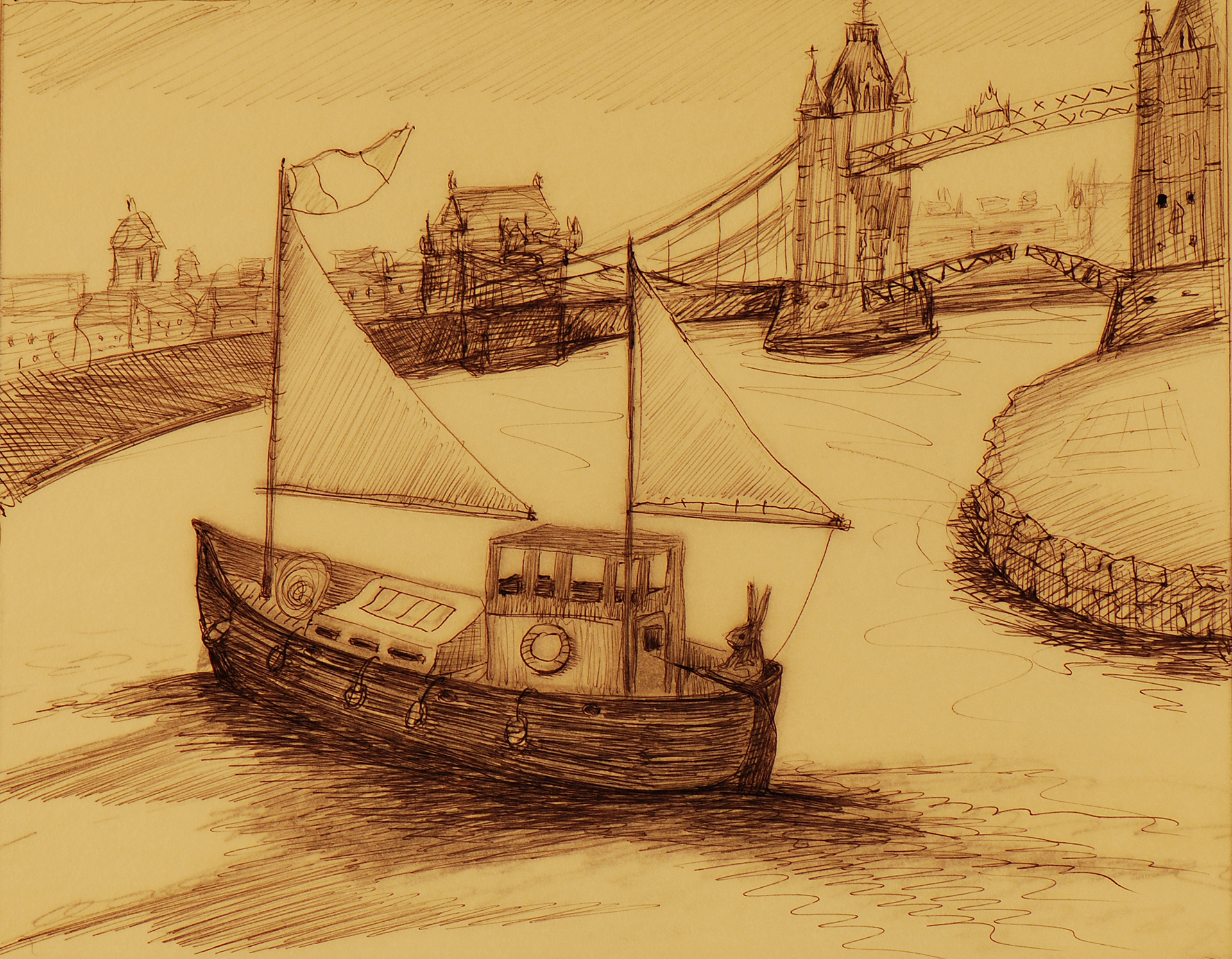 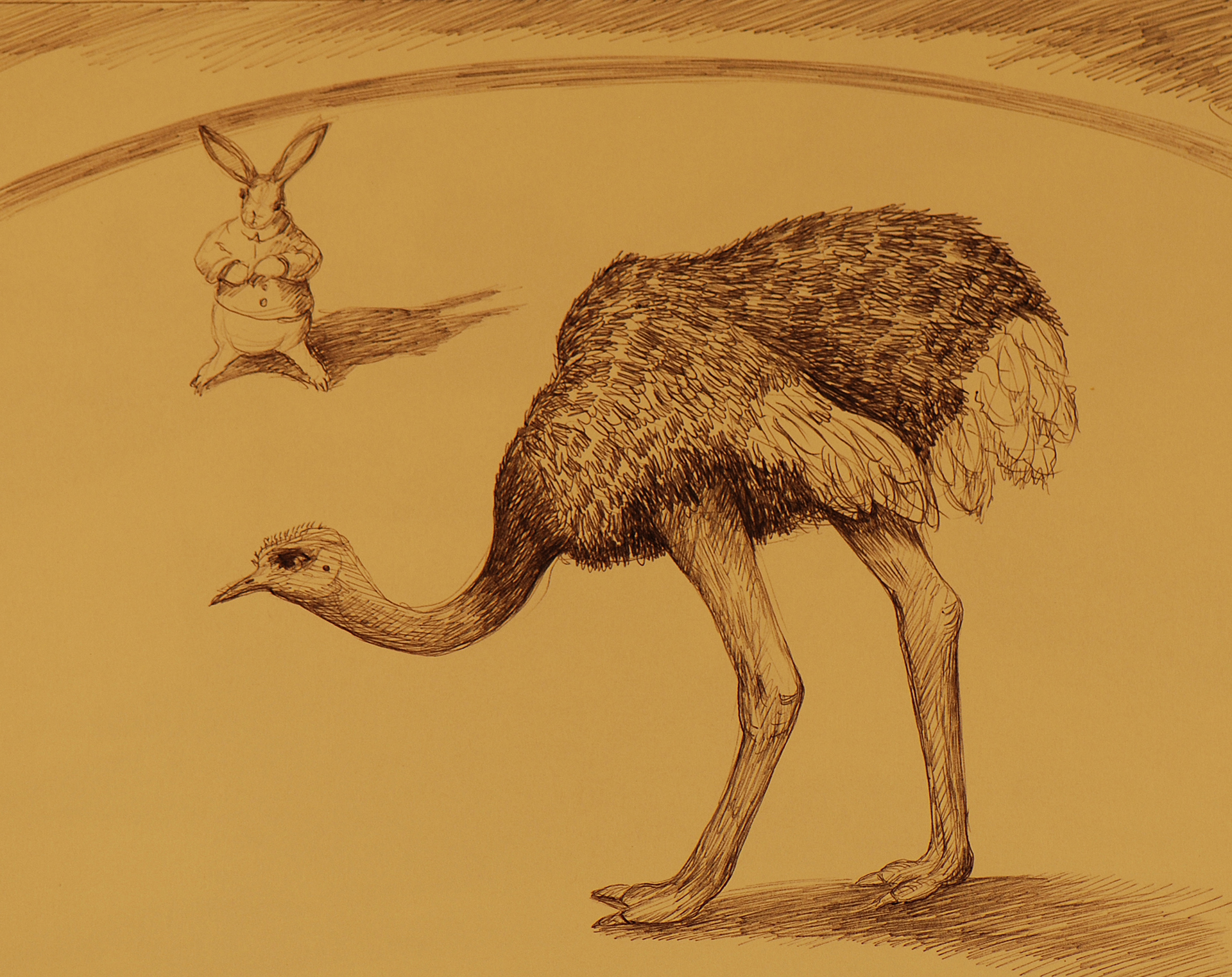 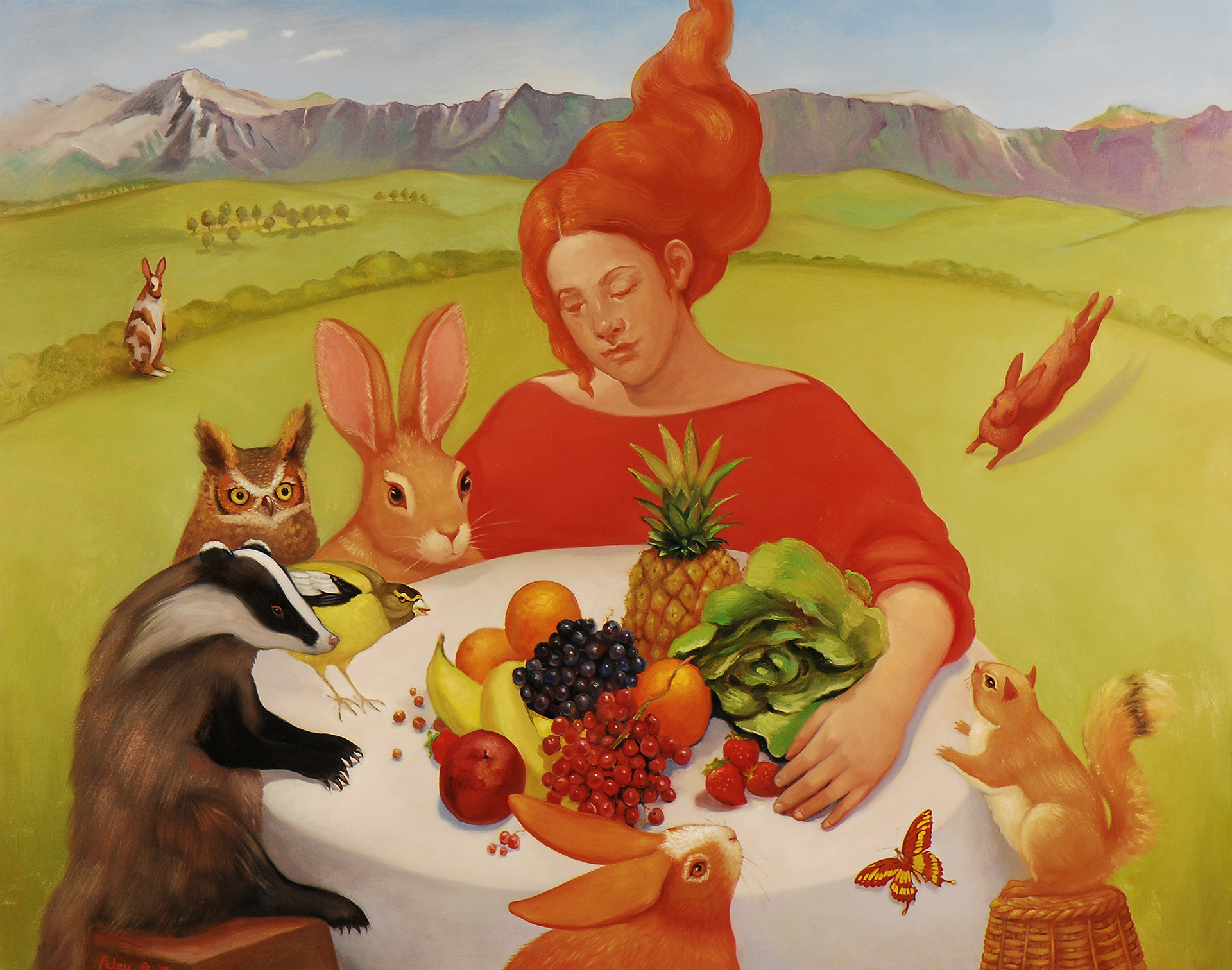 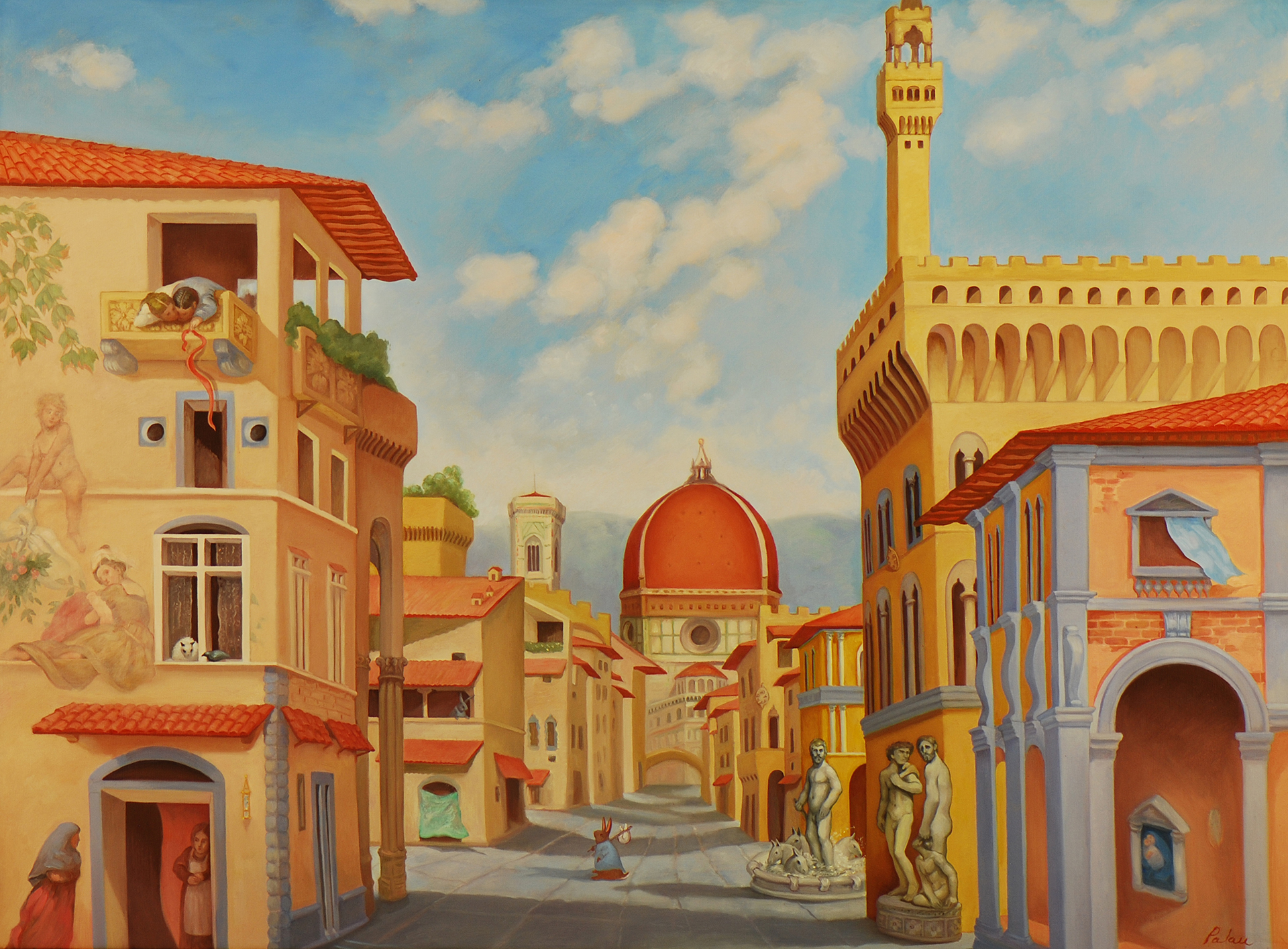 gallery  #portfolio-cat
©2022 Fleur Palau
No part of this website or any of the images representing the artwork of Fleur Palau may be reproduced, stored in a retrieval system or transmitted in any form or by any means, mechanical, electronic, photo-copying, recording or otherwise without the prior written permission of the artist Fleur Palau.